Please review the following NCAA information if you plan on participating in a collegiate level sport. 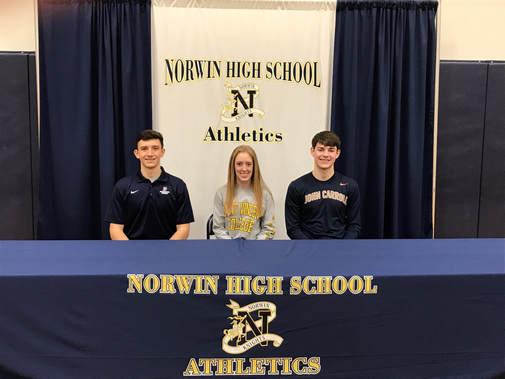 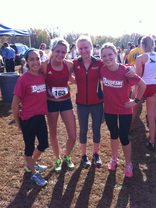 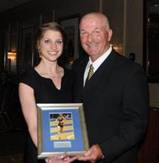 Kovach Receives Ivy Leagues Top Athletic Award
Former Norwin alumni (2009), Leslie Kovach, received the University of Pennsylvania’s highest student-athlete award, the Association of Alumnae Fathers’ Award.  The Fathers’ Award, meanwhile, has been given annually since 1945 to the person who is recognized for her contribution to Women’s Athletics at the University of Pennsylvania. The recipient must be a senior student-athlete who shows outstanding athletic, academic, and leadership qualities. The academic standard is a 3.0 GPA, and voting on the award is conducted by the head coaches of Penn’s women’s varsity programs as well as selected athletic department administrators.
(republished from PennAthletics.com)
Despite a career cut short by injury, Leslie Kovach will leave Penn as arguably the greatest distance runner in school history. She is one of just two outdoor All-Americans in program history and will graduate as the school record holder in the outdoor and indoor 5,000 and outdoor 10,000.
As a sophomore, Leslie became just the second women’s outdoor All-American at Penn, and the first in nearly 20 years. (Chris Lundy originally accomplished the feat in the 3,000 meters in 1992.) Leslie earned the honor when she finished in 16:16.10 to place 18th in the nation in the 5,000 meters at the 2011 NCAA Championships in Des Moines, Iowa.
Her All-America performance was no surprise; Leslie was always at her best on the biggest stage. Earlier that year, against some of the best competition in the nation at the Penn Relays, Leslie made school history with a fourth-place finish of 16:11.59. That topped her previous career best by nearly a half minute, and knocked off Stacy Kim’s school record (16:20.46) by nine seconds.
Possibly more impressive than both those performances, though, were the record-setting runs in the 10,000 meters. In back-to-back weeks, she shredded a 26-year-old record. At the 2011 Heptagonal Championships, Leslie capped the first day of competition by rewriting her own school record in the 10k. Just a week after posting the fastest time in Penn history in the event, Kovach became the first member of the Red and Blue to break the 35-minute mark as she took nearly another 30 seconds off her record with a fifth-place time of 34:51.93—nearly 90 seconds faster than any other Quaker in history.
In addition to those record-setting marks, and the school record in the indoor 5,000 meters, Leslie will finish sixth all-time at Penn in the indoor 3,000 and third all-time in the outdoor 3,000 meters. Prior to injuries that cost her most of her final two seasons, Leslie earned All-East honors in the indoor 5,000 meters and outdoor 3,000 meters, and was a star for the women’s cross country team where she was All-Ivy and all-region for the Quakers.
Leslie is a psychology major in the College.